It was some time past midnight by the time I took this photograph. I was at the finish line of the Midnight Sun Run, which ended in a celebration at Pioneer Park (still in Fairbanks). I was outside the main entrance, waiting for a cab--a wait that ended up taking upwards of an hour and involved an incredible amount of mosquito bites--and I saw this young man holding his dog on his shoulders. Of course I approached, asking permission to take his photo, and was quickly granted it. He introduced his dog as Lily and had to be reminded to introduce himself as well; Carlos, as his name was, quite clearly adored his dog. For her part the dog appeared relaxed and quite pleased to drape herself around his shoulders.

He kept reaching up to scratch her ears, as i this photo, and she would push her face near his and even lick it. I had to request this and photo and the previous, though, because when I first asked permision Carlos' first reaction was to tell me I had to take a picture of two of his companions outside the park entrance, a young girl and her dog waiting with the girl's father and chatting with Carlos (I never asked if they were a single group or a chance meeting of canine-loving souls). Focused on what he seemed to deem a better shot, he didn't seem to understand that the sweetness he and Lily showed was just as worth capturing. 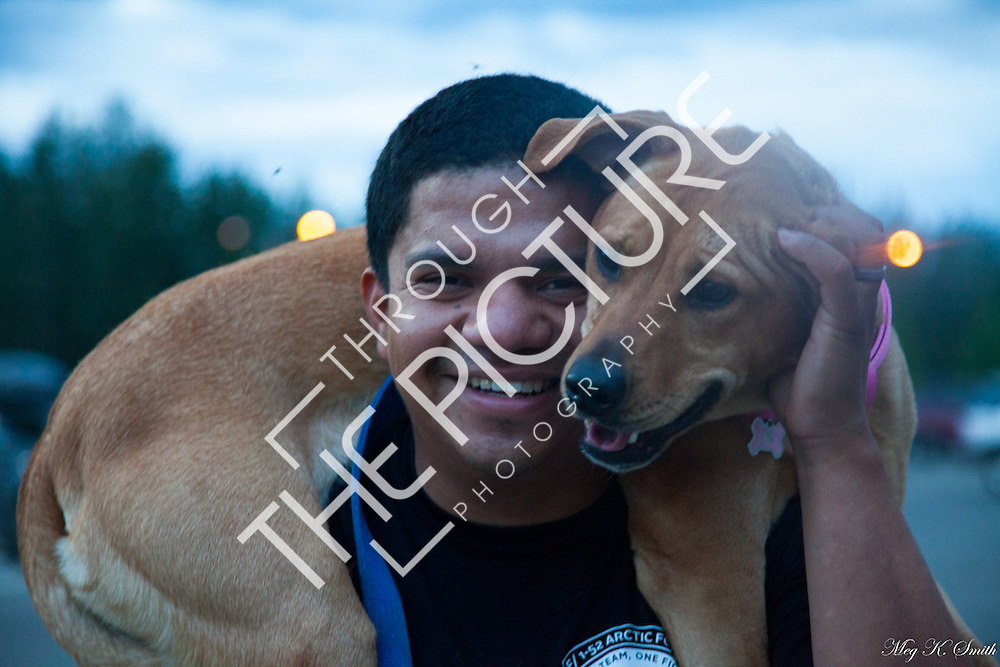