June 18, 2016: In Fairbanks, Alaska, I was lucky enough to hear about and attend the 2016 Midnight Sun Run. The annual event is a celebratory race (with an optional costume contest at the beginning!) held on or near the summer solstice each year when Alaska has its famous 'midnight sun'.

It was almost midnight when I took this and the next photograph. To my amazement, it was light as any cloudy day, and I was entranced by the moon through the pinkish clouds, prompting this photograph.

It was indescribably beautiful. 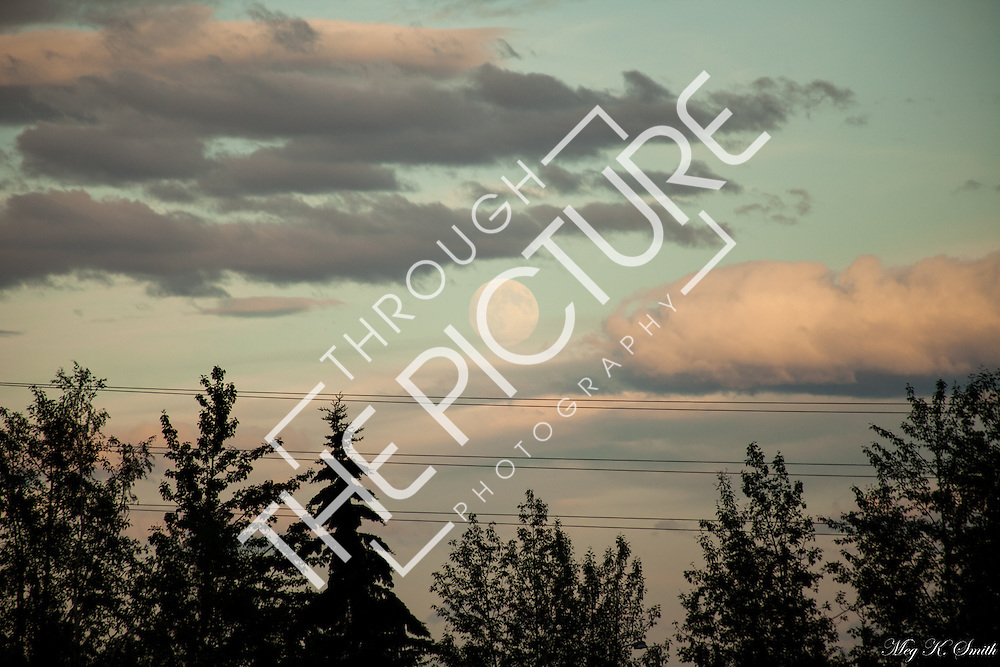