June 18, 2016: In Fairbanks, Alaska, I was lucky enough to hear about and attend the 2016 Midnight Sun Run. The annual event is a celebratory race (with an optional costume contest at the beginning!) held on or near the summer solstice each year when Alaska has its famous 'midnight sun'.

This group was the first I approached, asking to take a group shot. NOt all of the results are in this gallery, but this one was a particularly fond memory. The young girl looked at me with what felt like mistrust even as her parents herded the family together for a picture, and try though I might I can't remember specifics of how she started smiling--just that I kept talking to her, telling her how annoying my family was when they made me be in pictures, showing her my silliest faces, and eventually getting a smile. 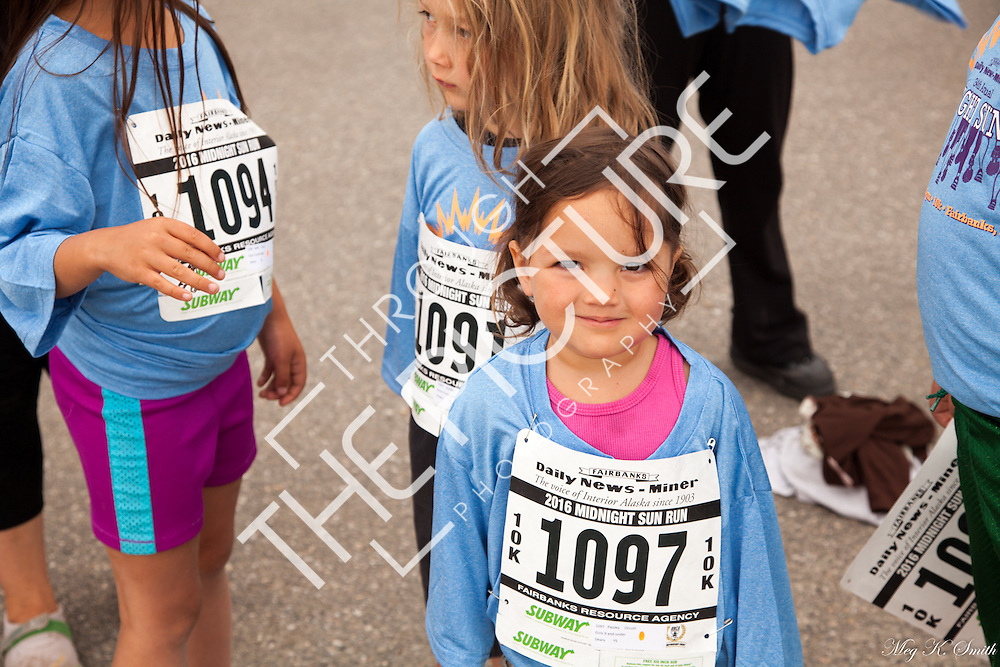